Resveratrol’s Protective Potential for the Kidneys 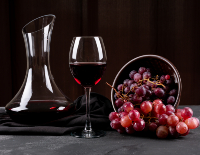 Found in plants such as grapes, berries, peanuts, and red wine, resveratrol is a biologically active compound that acts like an antioxidant, protecting the cells from damage due to toxins, aging, Type-2 diabetes, and cardiovascular disease. Now, science is looking at how resveratrol may influence the course of chronic kidney disease (CKD).

It’s important to understand that the amount of resveratrol that can be absorbed by the body through food (or through the use of OTC supplements) is not nearly as high as the amount used in medical treatment. The amount and delivery of resveratrol to the cells has to be managed based on individual needs.

The theory behind resveratrol and CKD stems from the anti-inflammatory action it has in the body, which has been demonstrated in other studies, particularly for cardiovascular disease. Inflammation and oxidative stress play a major role in both kidney disease and heart disease. This provides exciting evidence for the positive role of resveratrol as an important link in CKD prevention and treatment.

There are a few cautions for using resveratrol, especially regarding how it could interact with other medications. High doses have been shown to stop blood from clotting in test tubes, so it’s possible resveratrol could increase bleeding or bruising when taken with anti-clotting drugs, such as heparin or warfarin, or with some pain relievers. Resveratrol also blocks some enzymes that help clear certain compounds from the body; this could cause medications to build-up in the body to unsafe levels (e.g., blood pressure medications, anxiety medications and immunosuppressants). If you currently take prescription medications, check with a doctor before trying resveratrol.