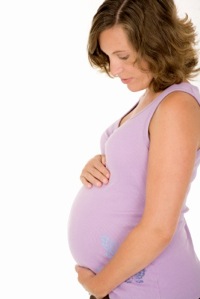 A new study shows hypothyroidism during pregnancy may be more common that previously thought, thanks to new clinical guidelines for evaluating thyroid stimulating hormone (TSH). The study revealed hypothyroidism in one in six pregnant women, a 10 percent increase after using a narrower TSH range.

Gestational hypothyroidism poses a number of risks, including miscarriage, hypertension, gestational diabetes, low-birth weight, and risk for lower IQ in the baby.

This study illustrates the importance of screening for hypothyroidism during pregnancy. Only about a quarter of the more than 500,000 women in the study were tested for TSH, meaning many more may have gone through pregnancy with an undiagnosed thyroid condition.

TSH shouldn’t be the only marker ordered. Pregnant women should also test other thyroid markers, such as T4 and T3, as well as TPO and TGB antibodies. The antibody tests determine whether the hypothyroidism stems from an autoimmune disease called Hashimoto’s, which attacks and destroys thyroid gland tissue.

Studies show about 90 percent of hypothyroidism cases in the United States are due to autoimmune Hashimoto’s hypothyroidism. Thyroid hormone medication alone does not effectively manage Hashimoto’s. Instead, appropriate thyroid care involves managing the immune system.

Although it’s always important to manage an autoimmune disease, it’s especially vital during pregnancy. Autoimmune Hashimoto’s hypothyroidism is a sign that the pregnant woman’s immune system is out of balance. It also signals a high probability of intestinal permeability, or leaky gut (which allows undigested foods and pathogens to escape into the bloodstream, where they trigger an immune reaction). People with Hashimoto’s commonly have food intolerances, particularly to gluten, and high levels of the stress hormone cortisol.

These are health conditions that can affect the fetus. Studies show that infants born to mothers with high cortisol are at higher risk of developing allergies. An intolerance to gluten or other foods can be passed on to the infant, as can immune imbalances, which can raise the risk of such disorders as asthma, eczema, and allergies.

Hypothyroidism is a red flag that the body is out of balance and that the health of the child may be compromised.

It’s very important to screen for hypothyroidism and Hashimoto’s during pregnancy. It’s even better to screen for it before conception.

If lab tests identify hypothyroidism, optimal health of the mother and the baby depends on restoring thyroid activity.

While thyroid hormones may be necessary, a pregnant woman also should address the underlying cause of the hypothyroidism. We can do this through lab testing, an autoimmune diet, and nutritional support appropriate for pregnancy.

Detecting hypothyroidism early can help ensure a healthier pregnancy, a healthier child, a reduced risk of postpartum depression, and more energy for the mother during the demanding post-partum period.